The role of the Windows PC and trust in technology are more important than ever as our devices keep us connected and productive across work and life. Windows 10 is the most secure version of Windows ever built with end-to-end security for protection from the edge to the cloud all the way down to the hardware. Advancements like Windows Hello biometric facial recognition, built-in Microsoft Defender Antivirus and firmware protections and advanced system capabilities like System Guard, Application Control for Windows and more have helped Microsoft keep pace with the evolving threat landscape.

While cloud-delivered protections and AI advancements to the Windows OS have made it increasingly more difficult and expensive for attackers, they are rapidly evolving, moving to new targets: the seams between hardware and software that can’t currently be reached or monitored for breaches. We have already taken steps to combat these sophisticated cybercriminals and nation state actors with our partners through innovations like secured-core PCs that offer advanced identity, OS, and hardware protection.

Today, Microsoft alongside our biggest silicon partners are announcing a new vision for Windows security to help ensure our customers are protected today and in the future. In collaboration with leading silicon partners AMD, Intel, and Qualcomm Technologies, Inc., we are announcing the Microsoft Pluton security processor. This chip-to-cloud security technology, pioneered in Xbox and Azure Sphere, will bring even more security advancements to future Windows PCs and signals the beginning of a journey with ecosystem and OEM partners.

Our vision for the future of Windows PCs is security at the very core, built into the CPU, for a more integrated approach where the hardware and software are tightly integrated, ultimately removing entire vectors of attack. This revolutionary security processor design will make it significantly more difficult for attackers to hide beneath the operating system, and improve our ability to guard against physical attacks, prevent the theft of credential and encryption keys, and provide the ability to recover from software bugs.

Today, the heart of operating system security on most PCs lives in a chip separate from the CPU, called the Trusted Platform Module (TPM). The TPM is a hardware component which is used to help securely store keys and measurements that verify the integrity of the system. TPMs have been supported in Windows for more than 10 years and power many critical technologies such as Windows Hello and BitLocker. Given the effectiveness of the TPM at performing critical security tasks, attackers have begun to innovate ways to attack it, particularly in situations where an attacker can steal or temporarily gain physical access to a PC. These sophisticated attack techniques target the communication channel between the CPU and TPM, which is typically a bus interface. This bus interface provides the ability to share information between the main CPU and security processor, but it also provides an opportunity for attackers to steal or modify information in-transit using a physical attack.

The Pluton design removes the potential for that communication channel to be attacked by building security directly into the CPU. Windows PCs using the Pluton architecture will first emulate a TPM that works with the existing TPM specifications and APIs which will allow customers to immediately benefit from enhanced security for Windows features that rely on TPMs like BitLocker and System Guard. Windows devices with Pluton will use the Pluton security processor to protect credentials, user identities, encryption keys, and personal data. None of this information can be removed from Pluton even if an attacker has installed malware or has complete physical possession of the PC.

This is accomplished by storing sensitive data like encryption keys securely within the Pluton processor which is isolated from the rest of the system, helping to ensure that emerging attack techniques, like speculative execution, cannot access key material. Pluton also provides the unique Secure Hardware Cryptography Key (SHACK) technology that helps ensure keys are never exposed outside of the protected hardware, even to the Pluton firmware itself, providing an unprecedented level of security for Windows customers.

The Pluton security processor complements work Microsoft has done with the community, including Project Cerberus, by providing a secure identity for the CPU that can be attested by Cerberus, thus enhancing the security of the overall platform.

One of the other major security problems solved by Pluton is keeping the system firmware up to date across the entire PC ecosystem. Today customers receive updates to their security firmware from a variety of different sources than can be difficult to manage resulting in wide-spread patching issues.  Pluton provides a flexible, updateable platform for running firmware that implements end-to-end security functionality that is authored, maintained, and updated by Microsoft. Pluton for Windows computers will be integrated with the Windows Update process in the same way that the Azure Sphere Security Service connects to IoT devices.

The fusion of Microsoft’s OS security improvements, innovations like secured-core PCs and Azure Sphere, and hardware innovation from our silicon partners is providing the capability for Microsoft to protect against sophisticated attacks across Windows PCs, the Azure cloud, and Azure intelligent edge devices.

Innovating with our partners to enhance chip-to-cloud security

The PC owes its success largely to an immensely vibrant ecosystem with OS, silicon, and OEM partners all working together to solve tough problems through collaborative innovation. This was demonstrated over 10 years ago with the successful introduction of the TPM, the first broadly available hardware root of trust. Since that milestone, Microsoft and partners have continued to collaborate on next generation security technologies that take full advantage of the latest OS and silicon innovations together to solve the most challenging problems in security. This better together approach is how we intend to make the PC ecosystem the most secure available.

The Microsoft Pluton design technology incorporates all of the learnings from delivering hardware root-of-trust enabled devices to hundreds of millions of PCs. The Pluton design was introduced as part of the integrated hardware and OS security capabilities in the Xbox One console released in 2013 by Microsoft in partnership with AMD and also within Azure Sphere. The introduction of Microsoft's IP technology directly into the CPU silicon helped guard against physical attacks, prevent the discovery of keys, and provide the ability to recover from software bugs.

With the effectiveness of the initial Pluton design we’ve learned a lot about how to use hardware to mitigate a range of physical attacks. Now, we are taking what we learned from this to deliver on a chip-to-cloud security vision to bring even more security innovation to the future of Windows PCs (more details in this talk from Microsoft BlueHat). Azure Sphere leveraged a similar security approach to become the first IoT product to meet the “Seven properties of highly secure devices.”

The shared Pluton root-of-trust technology will maximize the health and security of the entire Windows PC ecosystem by leveraging the security expertise and technologies from the companies involved. The Pluton security processor will provide next generation hardware security protection to Windows PCs through future chips from AMD, Intel, and Qualcomm Technologies.

“At AMD, security is our top priority and we are proud to have been at the forefront of hardware security platform design to support features that help safeguard users from the most sophisticated attacks. As a part of that vigilance, AMD and Microsoft have been closely partnering to develop and continuously improve processor-based security solutions, beginning with the Xbox One console and now in the PC. We design and build our products with security in mind and bringing Microsoft’s Pluton technology to the chip level will enhance the already strong security capabilities of our processors.” – Mark Papermaster, chief technology officer and executive vice president, Technology and Engineering, AMD

“Intel continues to partner with Microsoft to advance the security of Windows PC platforms. The introduction of Microsoft Pluton into future Intel CPUs will further enable integration between Intel hardware and the Windows operating system.” – Mike Nordquist, Director of Strategic Planning and Architecture in the Business Client Group, Intel

“Qualcomm Technologies is pleased to continue its work with Microsoft to help make a slew of devices and use cases more secure. We believe an on-die, hardware-based Root-of-Trust like the Microsoft Pluton is an important component in securing multiple use cases and the devices enabling them.” – Asaf Shen, senior director of product management at Qualcomm Technologies, Inc.

We believe that processors with built-in security like Pluton are the future of computing hardware. With Pluton, our vision is to provide a more secure foundation for the intelligent edge and the intelligent cloud by extending this level of built-in trust to devices, and things everywhere. 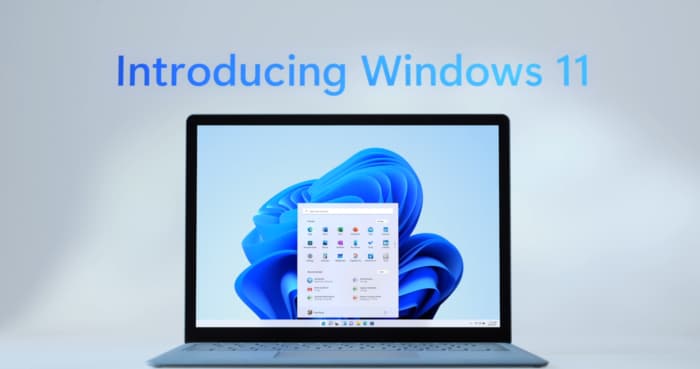