· Return to profitability in Q3 – with pre-tax income (excluding non-cash, M&A-related accounting charges) of US$397million, reported pre-tax income of US$320 million, up 17% year-over-year, and net income of US$300 million – after the restructuring and one-time charges that drove a loss in Q2

· Lenovo swiftly concluded its restructuring plan and is on track to deliver savings of US$650 million in the second half of the year and US$1.35 billion annually

· Lenovo achieved its stated goals of achieving breakeven in its mobile business 4-6 quarters after the close of the Motorola deal, and remains on track to reach US$5 billion in Enterprise revenue, on a constant currency basis

The decisive realignment actions that Lenovo announced in August 2015 are on track to realize US$1.35 billion in full year run-rate savings. These savings are giving Lenovo a cost structure that is significantly lower than its peers. Combined with its solid execution and innovation pipeline, Lenovo is transforming its business model, processes and organization, positioning itself to maintain a healthy business even in the current environment.

"Last quarter, although we were impacted by the global macro-economic slowdown, currency fluctuations in key markets, and PC market decline, Lenovo still achieved record high profit and delivered on our commitment to turn around the Mobile business," says Yuanqing Yang, chairman and CEO of Lenovo. "Next, in PCs, we will leverage the consolidation trend, commercial PC replacement, and opportunities in innovative product categories to drive growth. In Mobile, we will build scale and efficiency to accelerate our growth in emerging markets, breakthrough in mature markets with innovative products and premium brands, and expand in the open market in China with a stronger product portfolio. And finally, in Enterprise, we will leverage leading technologies and strategic partnerships to drive profitable growth."

The Company’s gross profit for the third fiscal quarter decreased 10 percent year-over-year to US$1.9 billion, while gross margin stood at 14.6 percent. Operating profit for the quarter was US$379 million. Basic earnings per share for the third fiscal quarter was 2.71 US cents, or 21.01 HK cents. Net debt reserves as of December 31, 2015, totaled US$49 million.

In the PC Group, or PCG, which includes PCs and Windows tablets, Lenovo’s quarterly sales were US$8 billion, down 12 percent, with pre-tax income of US$405 million, down 18 percent year-over-year. Greater than expected slowdown in the PC market and foreign exchange fluctuations hurt the PC group’s results. Pre-tax income margin of 5 percent, was comparatively stable, declining 0.4 points year-over-year, showing Lenovo’s operational strengths.

Lenovo remained #1 for the 11th straight quarter. It achieved a record high 21.6 percent market share, widening its lead over the #2 vendor. It shipped 15.4 million PCs in the quarter, with a 6.7 point premium to the overall market decline of 10.9 percent. In the worldwide consumer segment, Lenovo had record 19.7 percent market share. In China, Lenovo’s market share grew 1.7 points allowing it to break the 40 percent market share threshold for the first time ever. Lenovo will leverage industry consolidation, a strong commercial refresh driven by Windows 10, and dazzling new convertible and detachable products to grow market share and achieve its goal of 30 percent worldwide PC market share, while maintaining strong profitability.

In the Mobile Business Group, or MBG, which includes products from Motorola, Lenovo-branded mobile phones, Android tablets and smart TVs, Lenovo met its commitment to breakeven 4-6 quarters after acquiring Motorola, with successful restructuring and a strong performance in Emerging Markets outside China. The unit’s quarterly sales were US$3.2 billion, down 4 percent from Q3 FY 2014-15, which included two months of Motorola’s results. Motorola contributed US$2 billion to Lenovo’s MBG revenues. MBG’s total pre-tax loss was US$30 million, with a pre-tax loss margin of 0.9 percent, up 7.2 points quarter-to-quarter.

Total smartphone volume declined 18.1 percent year-over-year with 20.2 million units sold. Outside of China, Lenovo saw a 15 percent growth rate year-over-year, driven by Emerging Markets outside of China. Lenovo saw hypergrowth in smartphone shipments in India and Indonesia, which were up 206 and 318 percent, respectively. Last quarter, 75 percent of volume was outside China; this quarter it increased to 83 percent. Also, Motorola saw shipments jump 25 percent quarter-to-quarter, showing further stabilization. In China, Lenovo’s restructuring has begun to pay off. And a new solid dual-brand strategy – with two main brands Lenovo Moto and Lenovo Vibe -- is set driving consistency and efficiencies for the smartphone business.

In the Enterprise Business Group, or EBG, which includes servers, storage, software and services sold under both the ThinkServer and System x brands, sales were US$1.3 billion, up 8 percent year-over-year and 12 percent quarter-to-quarter. System x had approximately US$1 billion in sales. Reported PTI – which included non-cash, M&A-related accounting charges – was negative US$14 million, improving both annually and sequentially. EBG was operationally profitable in the quarter. Moreover, it has delivered improving revenues and operational pre-tax income each quarter since System x was acquired.

This performance was driven by hyperscale wins in China. EBG stabilized its traditional data center-focused business, while attacking fast growing cloud, hyperscale and hyperconverged opportunities. On the partnership front, promising new partnerships with software and hyper converged players – Nutanix, Red Hat and, just recently, SAP – differentiate Lenovo’s offerings and strengthen its competitiveness. Lenovo remains on track to achieve its US$5 billion target for the Enterprise business in the 2015-16 fiscal year, on a constant currency basis.

In the Asia Pacific region, Lenovo achieved sales across the region of nearly US$2 billion or 15 percent of Lenovo’s worldwide sales, while operating margins were down 4.4 points to 1.0 percent year-over-year, mainly due to the contraction in the Japan PC market and impacts from currency fluctuation.

In PCs, Lenovo kept its #1 position with 18.9 percent market share, up 2.8 points year-over-year. This performance was driven by India which grew 55 percent year-over-year. Mobile saw strong smartphone shipment growth of 123 percent across the region, driven by strong momentum in India, and Indonesia, which grew by 206 percent and 318 percent, respectively. Finally, the Enterprise business grew share and improved profitability.

Lenovo in Europe, Middle East & Africa had consolidated sales in the third quarter of US$3.5 billion, a year-over-year decrease of 15 percent, hit by foreign exchange moves and a soft PC market. EMEA accounted for 27 percent of Lenovo’s total worldwide sales. Pre-tax income margin was 1.7 percent, a 1.3 point decrease year-over-year.

Lenovo maintained its #2 position in the PC market regionally, with 19.4 percent share. In consumer PCs, it was #1 for the eighth straight quarter. In Mobile, Lenovo had a record 4.7 million shipments, up 48 percent year-over-year. In Enterprise, Lenovo invested resources to continue to stabilize the top line.

In the Americas, Lenovo saw consolidated sales fall 7 percent year-over-year to approximately US$3.9 billion in the third quarter. This represented 31 percent of Lenovo’s total worldwide sales. Operating profit in the region was US$76 million, versus a loss of US$22 million recorded in the same period last year. Operating profit margin was 1.9 percent. The improved performance was a result of recent overall business realignment and restructuring actions in Brazil and Latin America.

Regionally, PC market share increased by 1.9 percentage points from a year ago to 13.1 percent, according to preliminary industry estimates. The solid performance was driven by the strong growth in the critical US PC market, where shipments grew by 21 percent year-over-year against a market decline of 4 percent. This brought Lenovo’s U.S. market share to 12.5 percent, up 2.6 percentage points year-over-year. In mobile, new Motorola phones drove a strong 52 percent increase in quarter-to-quarter shipments in North America, while some hyperscale opportunities generated good results for Enterprise.

** The Company provided financial breakdowns by product through the FY14/15 Q2 results announcement. After the Motorola and System x investments closed during Lenovo’s FY14/15 Q3, Lenovo began reporting by business group in order to aid understanding of the performance of these businesses. 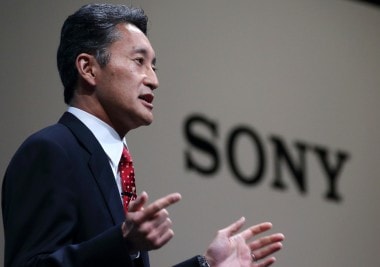 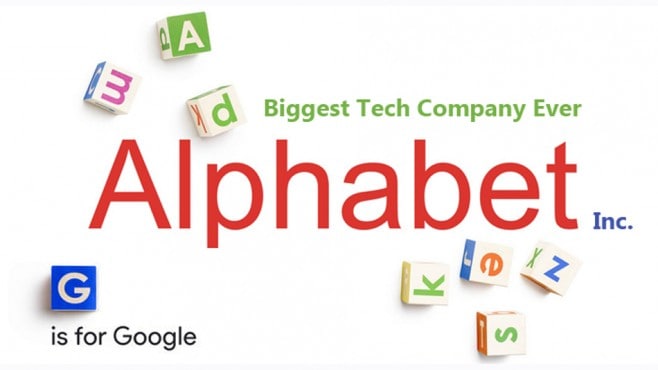 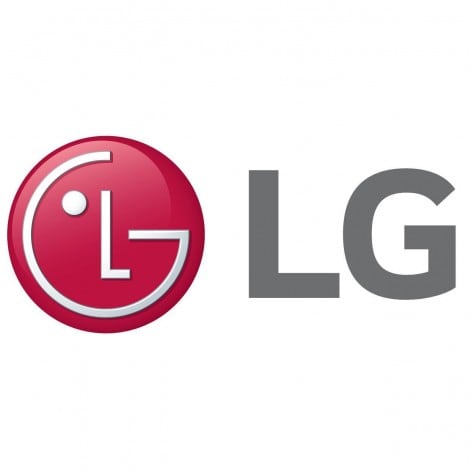 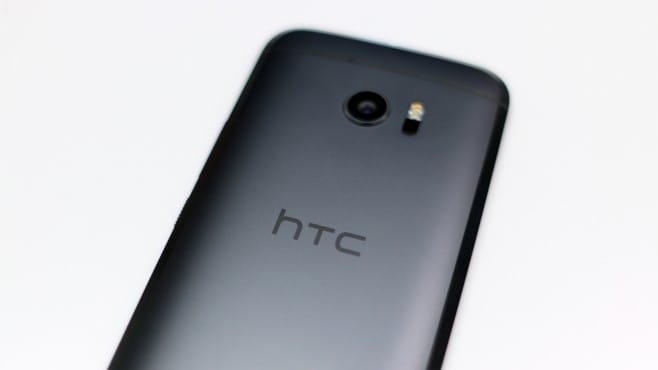